Carlos Ruiz Zafon – The Shadow of the Wind | Review 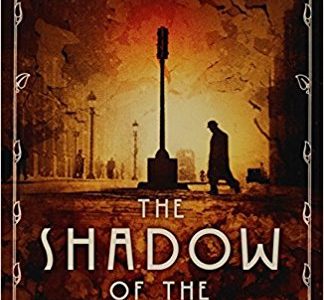 Title: The Shadow of the Wind Carlos Ruiz Zafon – The Shadow of the Wind

Well I guess the short and simple version here is that I was disappointed by this. You ready for the long version?

This book had its pros and cons, and I can totally see why a lot of people like it. At the same time, though, I’m also surprised I haven’t heard more people giving it negative reviews. For me, it was pretty dull and I found myself repeatedly zoning out and losing interest.

Part of the problem is from the main character, Daniel, who made a lot of decisions that I didn’t agree with. He developed an unhealthy obsession for someone, let himself into their house and walked in on them having sex, and then later he started sleeping with someone who was engaged to a dude in the army. He just acted like a bit of a douche throughout and I found it hard to really care about him. He was spoiled, entitled and the kind of protagonist where I just want to see them fail.

In fact, the main problem that I had with this book was the fact that it was like watching a bad magician. I could tell when I was supposed to feel excited or scared or to laugh at the book, but the fact that I could tell I was supposed to do it made me less inclined to actually do so. It was like being in the studio audience for an unfunny comedy and feeling awkward when they flashed up big “laughter” signs. Sure, there were bits here and there where it was beautifully written, and it’s a very “quotable” book. But that’s not what I look for when I read something, and there’s no point being able to write decent sentences if the book as a whole just bores someone to tears. I wouldn’t have bothered to even finish reading it if I’d been reading it by myself, but because it was a buddy read and I’d organised it, I felt as though I had to. But it didn’t get any better.

And we’re now getting to the point at which my review is resembling the book, because I don’t have anything else to add here but I have another 150 words to write to meet my word count. For those of you who didn’t know this, my word count for my reviews matches the page count of the book, and so I write longer reviews for longer books.

You could condense this review to 300 words and it would be better. Which is kind of funny because you could condense the book to 300 pages and it would be better for it, too. Instead, it just felt bloated and a chore to read, and I can’t imagine ever wanting to read another Zafon book in the future. I don’t really have “reading slumps”, but if I did then this book would have given me one. I had to switch to an Agatha Christie book afterwards to enjoy reading again. Click here to buy The Shadow of the Wind.